The Idyllwild Area Historical Society (IAHS) was incorporated and granted 501 (c)(3) status as a tax-exempt public charity in 2001. 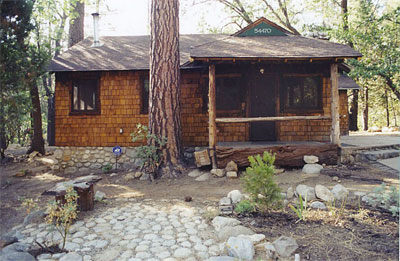 But our chief priority was to solidify a community presence by creating a public museum. Within 18 months the founding Board of Directors raised necessary funds and bought an authentic 1930 summer cabin and garage near the center of Idyllwild. A year of renovation turned the garage into a comfortable offic/archive building and the cabin into a museum. The new IAHS Museum opened its doors in October 2003, and by 2007 we were welcoming over 5,000 visitors a year.

Once the museum was open, attention turned to mounting exhibits, expanding ArtiFacts to a quarterly publication,

perfecting the Idyllwild Home Tour as our major annual fund-raising project and systematically documenting a growing collection of documents, photographs and other historical aritfacts. Two extraordinary gifts of hundreds of photographs by superb mountain photographers Avery Field and Harry Wendelken attracted regional attention and inspired the 2009 publication of Idyllwild and the High San Jacintos, a volume in Arcadia Publishing’s “Images of America” series. In 2010 the local newspaper, the Town Crier, inaugurated a monthly column on historical topics drawn from the IAHS archive.

Even before the museum opened in 2003, it was clear that our growing collection would soon require more space. Five years of planning and quiet fund-rasing culminated in a highly successful capital campaign in 2009. This allowed us to break ground for a secure, environmentally controlled building to house the 7,500 documents, photos and other artifacts we had collected. In October 2010 we celebrated our 10th anniversary with the grand opening of the Frank and Mabel Moote Archive and Research Center. 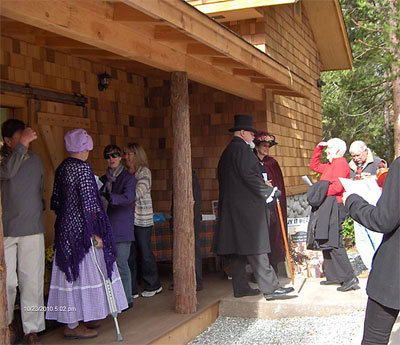 More than 70 dedicated volunteers staff the museum, archives, office and special events and are supported by some 500 loyal IAHS members nationwide. Member dues, our annual home tour and museum shop sales support us financially. In 2010, and again in 2011, we were recognized by statewide professional organizations for the quality of our program.